If you think you'll get fat, you will!

Kathy Sierra has returned to the blogging scene and she has done so with a blog post that is just as good as
her old work at Creating passionate users. This time she highlights some research from Baba Shiv (et al.) at Stanford that has shown that there seems to be a finite pool of willpower from which we draw the  self control to do stuff we don't really want to do. Like work, figuring out bad user interfaces or resisting temptation. 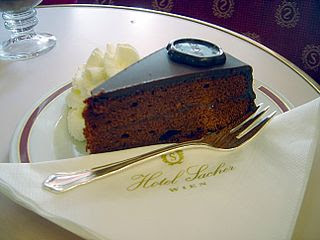 Kathy is basically saying that bad user interfaces makes us spend more willpower at working out how to use the apps leaving less in the common pool. So when the temptation of chocolate cake comes after dinner there is less willpower to resist.
This seems like a very plausible theory and it is backed up by experiment. But I thought it felt a bit too ... easy. Our brain is a sneaky one and it is always trying to trip us up. So I did a quick google search and I found that there is some contention about the finite nature of willpower or Ego depletion as it is coined.

The effect of Ego depletion seems well documented, but there are also more recent studies claiming that it is the belief that you have a finite resource that makes you give up quicker. If you believe that you have an infinite amount of willpower you are better at resisting temptation. Mind over mind! And if you believe that you only have a limited pool to draw from you will give up easier. In this case blog posts like Kathys will make you fat! :)

Roy Baumeister of Florida State University (et al.) have found a way to unify the two theories. They found that believing in unlimited willpower makes you perform better at smaller excertions of willpower but worse for harder cases.

The most uplifting thing I found was that we can think of willpower as a muscle. It can be strengthened through excercise. Small acts of willpower can be motivational boosts that build the self confidence to do bigger things in the future. Still, we should fix our user interfaces before they damage our users.